Time to Talk About Education and Mental Health 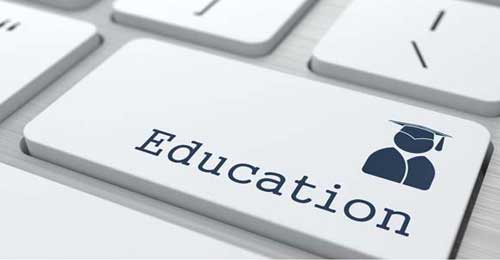 “Around half of all mental illness starts before the age of 14 so it is vital that children get support as soon as they need it – in the classroom. If we catch mental illness early we can treat it and stop it turning into something more serious.”

It is incredibly important to tackle mental health stigma and discrimination at school, college and university: according to time to change.org. The fear of negative reactions to their mental health difficulties stops 32% of young people with a concern applying for further education.  10% of children and young people (aged 5-16 years) have a clinically diagnosable mental health problem, yet 70% of children and adolescents who experience mental health problems have not had appropriate interventions at a sufficiently early age.  Alarmingly, a Children’s Society report revealed that more than 100,000 children aged 14 in the UK are self-harming, with 22% of girls affected.  It is essential now that attempts are made to stop any psychological difficulties deepening from such an early age and turning into lifelong issues.

Schools and universities can be an issue as an increasing number of young people, starting university or returning to school can become stressed and overwhelmed. According to Figures obtained  in this report, students at 100 universities had to wait up to 4 months to access counselling and mental health support – a worrying thought when you consider the rate of student suicides over the past two years, with around 10 suspected suicides taking place at Bristol University alone.  In 2015, more than

15,000 first-year students disclosed a mental health condition — nearly 5 times the number in 2006, according to a study by the Institute for Public Policy Research. Student suicide deaths rose by 79% during the same period, to a record 134 in 2015. Drop-outs, owing to mental health problems, have also risen to record levels.

Whether you have a mental health concern or not, everybody finds it to be a huge change when you start or change school or university. It can be a very positive time in your life, full of excitement and opportunity, but it can also put you under enormous anxiety, stress and pressure.

With recent research showing the crisis in children’s mental health to be even more extensive than anyone realized, many feel the 2019 launch of a vital mental health plan cannot come soon enough.

Health education is to be made compulsory in all schools in England under new government plans following growing concerns about mental health problems among young people.  Children will be taught how to build mental resilience – as well as how to recognise when their peers are struggling with mental health issues – as part of statutory lessons.  Every school will also be required to appoint a teacher to co-ordinate improved support for the fast-growing number of children who are struggling mentally.

A new guaranteed maximum four-week waiting time for children with more complex problems to access NHS child and adolescent mental health services (Camhs) will be phased in.  The improvements will begin in 2019 and be backed by what the government says is £300m of new funding over several years.  Around £215m of the £300m will fund the creation of mental health support teams in schools… with school nurses and educational psychologists also involved. The hope is that this increase in early intervention will reduce the number of children who go on to struggle mentally as adults.

BUT these initiatives are to be piloted to assess their effectiveness, so the new forms of support envisaged will not be available across the whole of England until sometime in the 2020s. The government’s ambition is only that they have been put in place in 1/5 of the country by 2022-23!

With so much media attention focused on mental health issues at university, university health services are starting to adapt in response to this. There is more of a focus on mental health with wellbeing and drop-in counselling services more readily available to students in many places. It still feels as if a more proactive approach is required to minimize the risks of a student reaching a state of crisis and to target groups that may be considered more vulnerable.

UK mental health charity ‘Student Minds’ and Canadian organisation TeenMentalHealth.org have collaborated to create a series of resources to combat the mental health issues that can be associated with the transition to Uni, The two resources are freely available to students and educators at universities and schools and can be found here.

BUT… whilst many universities are working towards strategic approaches to mental health and better connections with the NHS, to truly tackle these issues all of our schools, colleges and universities need to bridge the transition points.

What can we do? 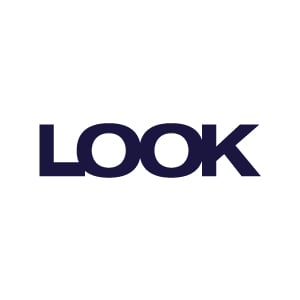 Among the first signs of mental ill health may be changes in the person’s behaviour. Here are some of the most common, by Mental Health First Aid (MHFA) England:

Try to be the person that a child can reach out to, whether it’s in the capacity of a friend, parent or sibling. We are all capable of having compassionate conversations about mental health, worries and anxiety.  There can still be a huge stigma surrounding mental health issues across schools and universities, with far too many suffering in silence. Listening is a very important part of helping those on their road to recovery.  A conversation can be so powerful in helping someone take that first step to getting the help they may need.

A programme of courses run by Mental Health First Aid (MHFA) England is training people to recognise the first signs of mental illness in workplaces, schools, universities and the armed forces.  The hope is that it could help revolutionise the way we talk about mental health, dismantle some of the stigma, and get more people accessing support.

There is no one-size-fits-all solution to the rising need for mental health support across the education sector. Where success is seen is in efforts to cater to personal requirements and being proactive in welfare support. The continued aim is to be supportive and stop the growth of poor mental health among students. Young people with mental health issues need support, they need to be listened to and we, as well as the professionals need to really listen and adapt our responses to their changing needs.

Wellbeing and mental health in education must be prioritized, and I believe the starting point is to talk about it much more. Services then need to be cohesive and connected. Many people on the programme ‘You and Yours’ aired on the 9/10/18 remarked on how our mental health services do not talk to each other so people are moved around between teams and take lengthy timeframes to be assessed. Let’s not wait. The Government in the U.K. have announced only this morning that they have selected their first Minister for suicide prevention. Jackie Doyle-Price. She will no doubt complete research, talk to a lot of people and come up with guidelines, but the remedy for this is not just talk, it is action too. Young people need us, let’s pay attention.