The Rise of Rudeness! 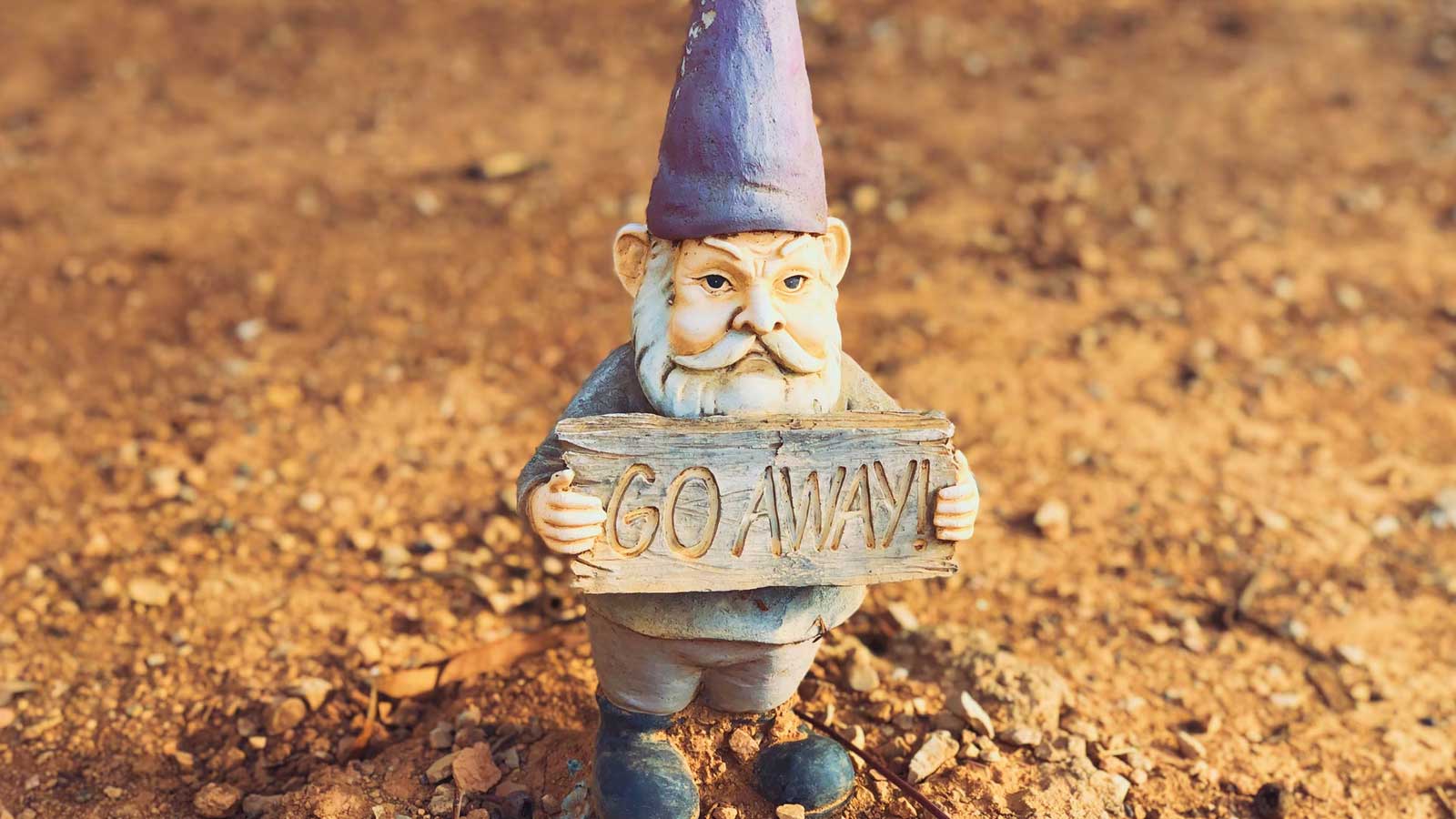 Photo by John Bussell on Unsplash

For some months now, I have noticed that people seem to be much more aggressive when they are driving. I hardly seem able to set out on a journey without encountering something happening and as a result I feel that driving is a lot less enjoyable than it used to be. Except for Sundays, when fewer people seem to be on the road, much of my time is spent watching for people who change lanes without indicating, open their doors without checking who is coming down the road, or repeatedly I find people don’t wait at junctions and come out in front of me!

I guess the problem is everything we do in life is filtered through our own heads which means our previous experiences of a situation guide our view of whether something is rude or not. If we have met it before and think it’s normal or okay we tend to dismiss it but where we have not met it before, find it a shock, or see something we just do not expect to happen, amazement often gives way to anger. I don’t want to set out for each journey expecting to feel angry yet probably about 50% of the time that’s what ends up happening. So, are we becoming ruder and why does this happen?

Last Sunday there was an excellent article in the Mail on Sunday You magazine, which was written by Anna Moore in which she described going to a supermarket and expecting to be able to park, only to find that as she was reversing into a space, somebody else beat her to it and started loudly proclaiming his frustration at her. So shocked was she that she didn’t revisit the supermarket for some months afterwards. So, in answer to the question ‘are we becoming ruder? ‘she might say yes, and I can relate to this as I now live in the centre of a town where we have many communal parking spaces on the road and an expectation that many of us will share them even though there are often too many cars and too few spaces. It’s not that I don’t have a drive, but it is narrow and can only fit two cars so if my daughter has a couple of friends round I need to move my own car out to park on the road because it is the only one with a permit. Some weeks ago, a red car turned up outside the house and remained parked there for weeks. How somebody owns a car but doesn’t even find themselves using it at the weekend is a bit of a surprise to me but after a frustrating time struggling to park around it, I found myself hunting down which neighbour it was who owned it. In my mind as I rehearsed what I wanted to say all I was going to ask was if the car could be moved on a periodic basis because the spaces were frequently used, and the lack of movement was creating an inflexible, and frustrating, struggle. As I wasn’t the only one who was feeling this about it, I didn’t feel it was unreasonable to ask.

After being advised which neighbour it was I knocked on the door. Repeated attempts later, as they never seemed to be in, I was met with a sudden opportunity this week when returning mid-evening and I saw a light on so I knocked. After politely requesting that the car be moved somewhere else on the road for a while what I got back was a belligerent, defensive and somewhat indifferent attitude from my neighbour. Her words were “we all struggle, we are all under pressure and I cannot promise, but I will ask my daughter” yet as I filtered that it seemed to me what she was really saying was “no, I’m not going to do that, I don’t agree with it, and who do you think you are? for asking!”

Despite that, the car was moved the following morning and I was tremendously relieved because it is strange how once you have started to notice something, you pay so much more attention to it. Then you are absolutely certain you see more evidence of that very thing. This might explain why I feel that rudeness is on the increase, and why we are reacting more to it – not so much because it actually is increasing, but because we are all paying more attention to it and therefore expecting to see it.

In my case, once I’d noticed the car I found it very difficult to ignore how frustrating and irritating it was becoming because it had seemingly been dumped there and was never moved. Even once the car had been moved though, someone else took the space, so all my effort seemed to be for little reward! Nevertheless, I felt inclined to thank her so when I was passing on Friday I spotted her and told her I was grateful only to find she hit the same belligerent tone, and responded with “we all have to struggle, I’m not making any promises, and don’t you have a drive?”. Put on the spot I found myself trying to explain, but at the end of the day what difference was I really going to make? She had made her mind up and consequently threw her attitude at me. And this is what I want to express: when somebody gets angry it is their stuff. It may feel as if it is yours, but you have a choice, whether to accept their anger and make it your own (in which case you engage and then start getting angry back), or you decide not to. That way you don’t carry the punch they have thrown, and you don’t take it either. If it is at all possible, stay as calm as you can and wait until they have finished then if you cannot speak or can’t think of what to say, simply smile politely, say ‘ok’ and try walking away. In my circumstance, I said “I stopped to thank you, and I’ve done that” and I walked away. I could hear her trying to say thank you behind me but let’s face it, she probably didn’t mean it and at the end of the day we are never going to be friends!

So, what did I learn from this experience? Well on the Friday I learned that somebody’s mood has the ability to massively affect my own and although I think I handled myself well at the time, it had a toxic effect and took me about an hour to stop feeling irritated by her. Even as I was logical about it and talked myself round, I still found it mildly painful and slightly shocking that she couldn’t have been more civil. However, that’s because I think she should have been, but she didn’t! So, the real issue is not just what we discussed but a difference of opinion and how I react when somebody doesn’t agree with me. Surely, that’s what people are doing when they behave in a way you don’t like, whether it is on the road, in the office, on the street, or in my case as a neighbour. Even as I write that it makes me smile; why would I expect that everybody I ever meet will like what I do or agree with how I do it?

The trouble is, we all expect a certain type of civility or polite behaviour. This was probably taught to us or modelled by our parents, our teachers and as we grew older, our friends. In turn, this becomes our values and rules or helps guide, our choices and our behaviour. If we see similar behaviour in others, we feel a sense of approval and when we see different behaviour we try to work out whether ours should change or theirs should. If we believe they should in certain circumstances, we make that plain and that’s why we get angry, whether we are driving in a tin can on wheels at the time, or walking down the road. Either way, the solution is as much about our decision to take it personally or not, as anything else we do. If we choose to take it personally then we will ‘carry’ the event and in some circumstances, this would be a mistake, because then in a manner of speaking, we give away our precious emotional energy and expend it on useless, futile, or frustrating behaviour of others. Instead, we should be looking to conserve our energy for better situations and important events. Very few people seem to have this ability, although I have spotted it in a colleague of mine Katie Sheen, whose natural state is very soothing and calming. She is a teacher of mindfulness and has both an app and some very good online, downloadable, information you can find here: 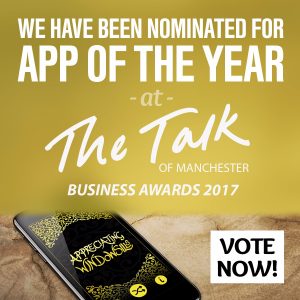 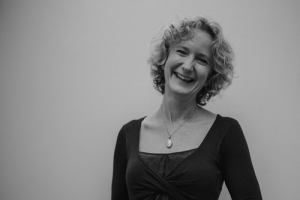 You can also find Katie’s app ‘Appreciating Windowsills’  (see below): –

For iPhone and iPad
https://itunes.apple.com/us/app/appreciating-windowsills-lite/id1265038271?mt=8

I also enjoy books and I recently re-read The Four Agreements by Don Miguel Ruiz
https://www.amazon.co.uk/Four-Agreements-Practical-Personal-Freedom/dp/1878424319/ref=sr_1_2_twi_pap_2?ie=UTF8&qid=1508676859&sr=8-2&keywords=don+miguel+ruiz+the+four+agreements

This book describes four fundamental principles by which the ancient Toltec people lived. They are astonishingly applicable to modern day and have changed very little in all this time. They are:

Ruiz goes on to explain how to break your habits so that you are not attached to a negative, self-limiting belief that will otherwise make you unhappy. I thoroughly recommend the book as it is a quick and very positive read.

To combat rudeness then may not be an easy thing to do but it would seem to be worthwhile. Moore’s article last weekend emphasised that when you meet rudeness it is particularly important to work even harder not to reply in a similar manner so that you do not find your expectations, and therefore your beliefs, alter for the worse. If we allow that to happen then as a collective group of people we will forever drop our standards and our behaviour because we believe that’s what is needed rather than taking a stand. I’d be interested to hear from you if you have any thoughts on this too?