Running a Charity like a Business – an interview with Caroline Boudreaux

Welcome to Episode 27 of The Executive Edge! This week’s guest is Caroline Boudreaux. Caroline runs a business called The Miracle Foundation. 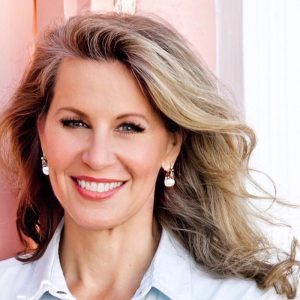 She started out over 20 years ago when she and a friend decided to travel. During their trip, they visited a young boy her friend had sponsored.  Although Caroline was originally sceptical, she ended up experiencing a heartfelt moment that has driven her life ever since. At the time, Caroline believed the best thing she could do was to save as many children as possible from this kind of life. In so doing, she enabled many to be adopted.

How things have changed:

In 2017 though Caroline had begun to realise this wasn’t solving the ultimate problem.  She wanted to place the children back within their wider family wherever possible. Often, they had only gone in to the orphanage because they’d lost their father and their mother couldn’t afford to feed them. Bereft and traumatised, both the family and the child felt the loss. Early organisation of the business was about finding the right people to run the provision of food and education to the children. Later, it became about finding someone who could raise the standards in all the orphanages they tried to help.

Caroline has a background of working in a more traditional corporate. But she was less fulfilled then than she is now. Raising the profile of this vital work is her life’s work to date and although she describes what she calls ‘Epic failures’ along the way, for the most part, she has done an amazing job!

What does the future hold for her?

Caroline wants to go further and has promised that she will try to place every child from within an orphanage back with their family. It’s a massive undertaking to determine that all orphanages will be closed as this entails the genuine belief that she can apply her model all over the world. This is something she is working hard to achieve.