Marriage…is it simply down to love or do we need to re-think? 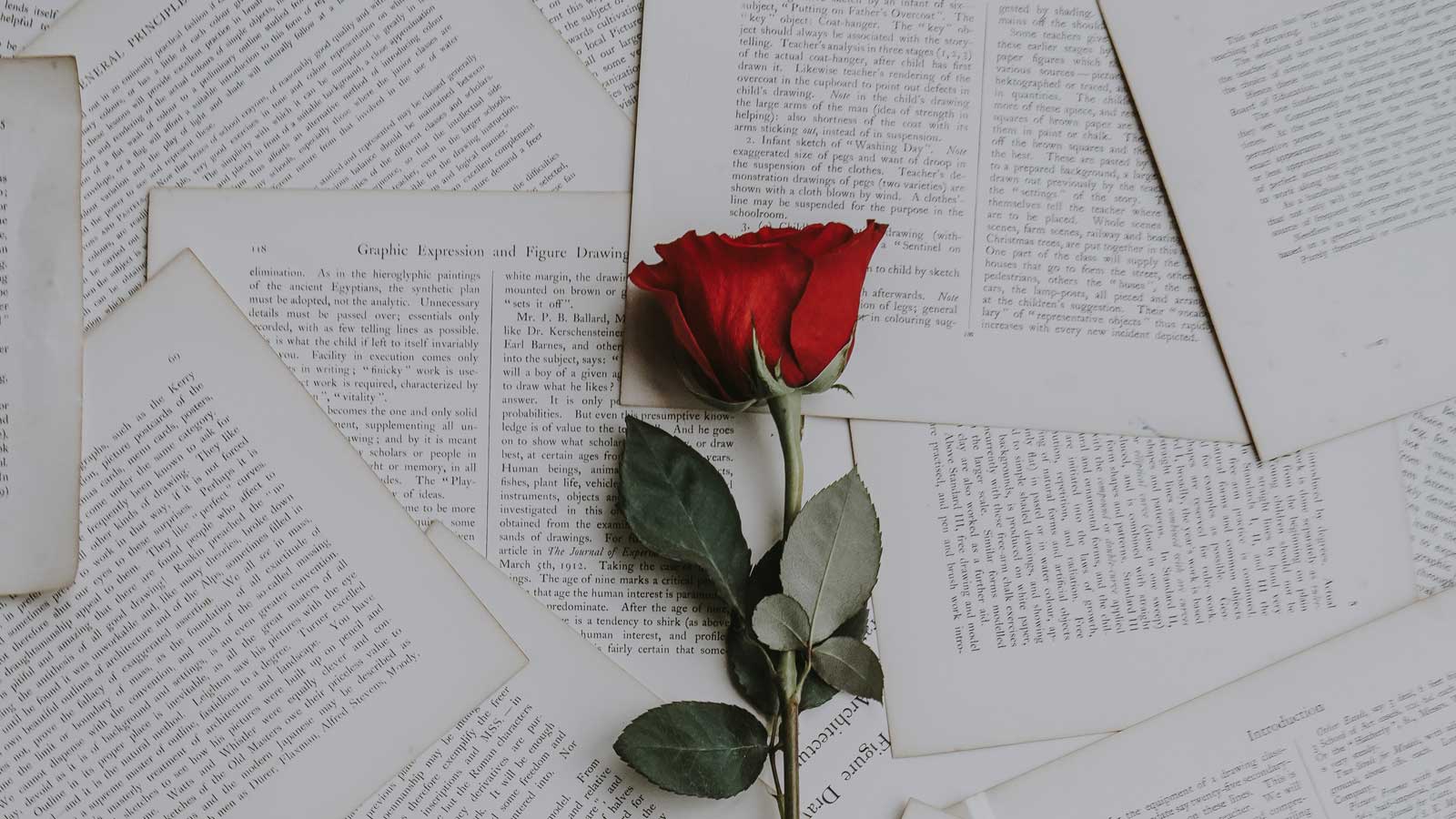 Photo by Annie Spratt on Unsplash

I would never consider myself a marriage guidance counsellor, but I am surprised how many men come in to see me about something that’s a source of stress for them and move on to the difficulties they encounter in needing their marriages to provide them with a safe harbour from the everyday storms they face in their working lives. These men are capable of arguing their case against the toughest competitor, battle against shareholder opposition, win over their customers, and lead their workforces with a mixture of determination and conviction, but when it comes to talking to their wives they often struggle and become anxious.  It may be that the subject they want to discuss is daunting for them but it is also the degree of honesty that is needed in order to make the approach, followed by the courage to do it at all!

Just as in their working lives where men are required to win over individuals or groups they encounter, so there are a number of problem areas in their marriages. Yet if they employ some of the same tactics or thinking they might come at their relationships with some good ideas. Marriages are a partnership: which means that if men love and value the women they marry they can work together with their wives to ensure a marriage runs (nearly!) as smoothly as the multi-million business empires they control.

One of the issues which often contribute to stress is finding a way to say ‘no’ to your partner or loved one. It’s a very short word but is fraught with difficulty between men and women when one partner disagrees with what the other is proposing, doesn’t want to do what the other suggests, or believes they are in the right by refusing. And so they might be. But from the wife’s point of view if a man says he’ll do something and then doesn’t do it either because he has decided not to, or somehow hopes the problem will magically disappear, then the confrontation that inevitably arises will be fuelled by her (justifiable) sense of resentment. If he doesn’t want to do something, why on earth doesn’t he say so? If he promised to do something, why hasn’t he done it? So, honesty and communication are the keys: if the husband explains why he doesn’t want to do something, if he is genuine, and admits his feelings, then there can be the possibility of negotiation. This is negotiation that leads to a compromise: both sides feel listened to, their viewpoints taken account of, and the battle of the sexes turns back into a positive partnership.

However, feelings are complicated and not always a true reflection of the real issue. I saw an example of this with a client who came to see me recently. He has a large family and looks forward to going on holiday with them each summer. This year, the cost of the proposed holiday was extortionate as he saw it and this troubled him because he felt it was too expensive and said so. His wife was understandably disappointed and they had trouble finding an alternative. The real issue as I saw it when we discussed this problem was he was facing a significant financial difficulty in his business and his concerns made him want to save money at home. Instead of telling his wife that he first tried to please and not let her down, and then blurted out they couldn’t afford it which achieved the very thing he was trying to avoid: letting her down and struggling to explain himself.  My suggestion was that he give her credit for trying to appreciate his situation and bring home a profit and loss balance sheet. This way she might see it his way or at least understand him better.

I wrote recently about the importance of the work-life balance and this is another delicate issue male and female Execs struggle with. Whichever person is the main breadwinner in a family they are often prone to believing that working long hours, bringing work home and working at the weekend should somehow be ‘rewarded’ by their other half being understanding and shouldering the responsibility for running the house. In reality, the opposite is often true.

Wives or house husbands can feel neglected, under-appreciated, overwhelmed by the difficulties they face, and subject to sudden onset illness or depression because their partners mistakenly believe that everyone understands all the extra work they undertake and that it is likely to mean more money/a better lifestyle/stability and greater security as a result. But someone faced with a mountain of ironing at 9.00pm at night, especially after a hard day looking after young children, is as far from understanding as it is possible to get… Yes, getting important work completed might be necessary, but even the most overworked person has to remember that they signed on to be part of a partnership and not bury themselves in work. Making the time to help prepare dinner, clear up afterwards, ask how their partner’s day went, all demonstrate a sense of appreciation, and means they don’t feel taken for granted.

It may be a generalisation but I find a man has to be very upset before he displays a strong emotion such as crying. This can have two complications. First, they do not discuss their emotions even when by a woman’s standards they should, and secondly, they can be very uncomfortable with displays of emotion and may struggle with the right thing to say when they see someone else crying as a result of pain, hurt or distress. I was once asked by a male Executive what he should say to an employee who had lost her husband. I admit to thinking it was common sense at the time but studying his face as I spoke to him it was obvious he didn’t lack understanding or empathy, just the language – the actual words that would communicate his understanding or empathy.

Language and the right thing to say at the right time do not come automatically to everyone. It is a skill and this might be at the heart of why someone is daunted before discussing something with their partner, not a reluctance to tackle the issue itself. If you suspect your partner isn’t saying what they feel and you can ‘see’ that, due to their facial expression or fidgeting, then this might frustrate you. But rather than lose your temper, try asking them what’s holding them back. It might even be reasoned that men feel different emotions in different ratios to women; for example displaying anger easily at slow moving traffic, being kept waiting, not getting attention in a restaurant and so on, all situations which seem to be about a perceived lack of control at the time. Women can be utterly bemused at why men feel so strongly about what they simply accept as everyday occurrences yet those frustrations might be how a man shows his emotional upset at other things – in other words, they aren’t the real issue, they’re a symptom.

The issue as I see it is that men and women may have or need different emotional release valves. Again, the keys are understanding and discussion because the emotion displayed on the surface, whether upset or anger, might not be the emotion felt underneath. So, a husband has to be able to recognise when his wife is crying because she is genuinely distressed and find out what needs to be done to make her feel better. Equally, the wife has to understand that the man is angry at something trivial but might be feeling resentful, or pressured, and is unable to articulate the real reason for his anger. Asking questions, looking for answers, not accepting strong emotions at face value enables partners to be supportive of each other and forms the bedrock of a continuously productive relationship.

I guess the famous line, ‘They f*ck you up, your Mum and Dad’ in Philip Larkin’s poem, ‘This Be the Verse’, is quite possibly true. Women expect men to be able to put up shelves, fix leaking taps, and repair every kind of household appliance including the car. Men on the other hand, often expect women to be able to cater a dinner party for twelve at short notice, raise children, darn socks and cultivate every known form of garden flower. We all may be asking too much, or we may simply be repeating the patterns we ourselves were exposed to as children. Because our mothers/fathers could, then we make sure our sons/daughters can.  But whether we believe it is a better development or not, society has moved on, people who are totally in command in a working environment have less capability in a home environment and have to rely on the skills of others to carry out what once was second nature to their parents. But that might not be a bad thing, it is simply inevitable.

All of us have a finite capacity to multi-task and it is not a justification for lowering your opinion of your partner simply because they cannot do what their parents could. Tolerance and acceptance of what a loved one can do, rather than what they can’t, ensures a loving partnership. Maybe this, in the end, is the recipe for marital success: courage, honesty, negotiation, compromise, tolerance and acceptance. You may not have all of these qualities all of the time but it helps to stand back and review what you’re using some of the time. At least that way you can ‘check in’ with the effort you’re making and try to communicate what the real issue is or work together to get what you both really want.