How to Improve Dating and Relationships with Science

Welcome to Episode 29 of The Executive Edge. This week’s guest is international dating coach Lily Walford, who, together with her parter, started Love with Intelligence.

On the show, Lily and I discuss how she began her business and how she came to realise many of us need help in this area. 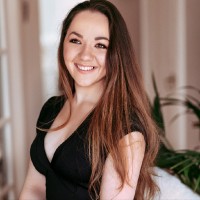 Relationships are vital to all of us, but personal connections aren’t an automatically easy thing to get right. Many of us are attracted to someone but may not be able to ‘read’ when we’ve made a poor match.  Or, we get in to the process of dating, but don’t pick up the warning signs. Lily did this herself so really understands how mistakes happen.

What do we need to avoid?

She feels the toughest traits to recognise and avoid are those of a narcissist, who tends to be charismatic initially, but manipulative later. By then, you’re attached and trying to be happy but the more it goes wrong, the more you blame yourself. Lily typically finds this is the result of a poor match but because we’re told we’re wrong, we believe we’re in the wrong. This makes for damage to our self-esteem and self-belief.

Just because we get older doesn’t mean we get better at this either. Second time daters, which is what you can be after divorce, can be just as vulnerable.  We have no template to follow to get this right. Lily believes there are at least four areas we should be looking for. Amongst these, she cited compatibility but also, being considerate is important. If you haven’t found someone who is capable of being considerate, they’re unlikely to be very forgiving or interested in your life and the things you love. Instead, we go for the ‘fun’ ones or the tough ones who make life a challenge, mistakenly thinking this is thrilling.

Relationships should be easy but they’re often fraught instead, and dating even more so. We can be self-conscious, especially if trying for a meaningful connection.  But, being online instead of face to face is more difficult to achieve!

What is the science behind it?

Although there has been a rise in dating sites and some help in this area with compatibility questionnaires, there isn’t much explanation of the science behind finding someone and dating. Lily has teamed up with Chris Hughes. Chris is an expert in ‘reading’ the signs that someone is about to do something threatening.  Or worse, they are a risk to you. His expertise has helped Lily and her partner put together a process that helps potential suitors know who would be right for them, and who wouldn’t. The better you get at reading the signs, the more accurate your choice.