How to cope if you’re working with a Narcissist 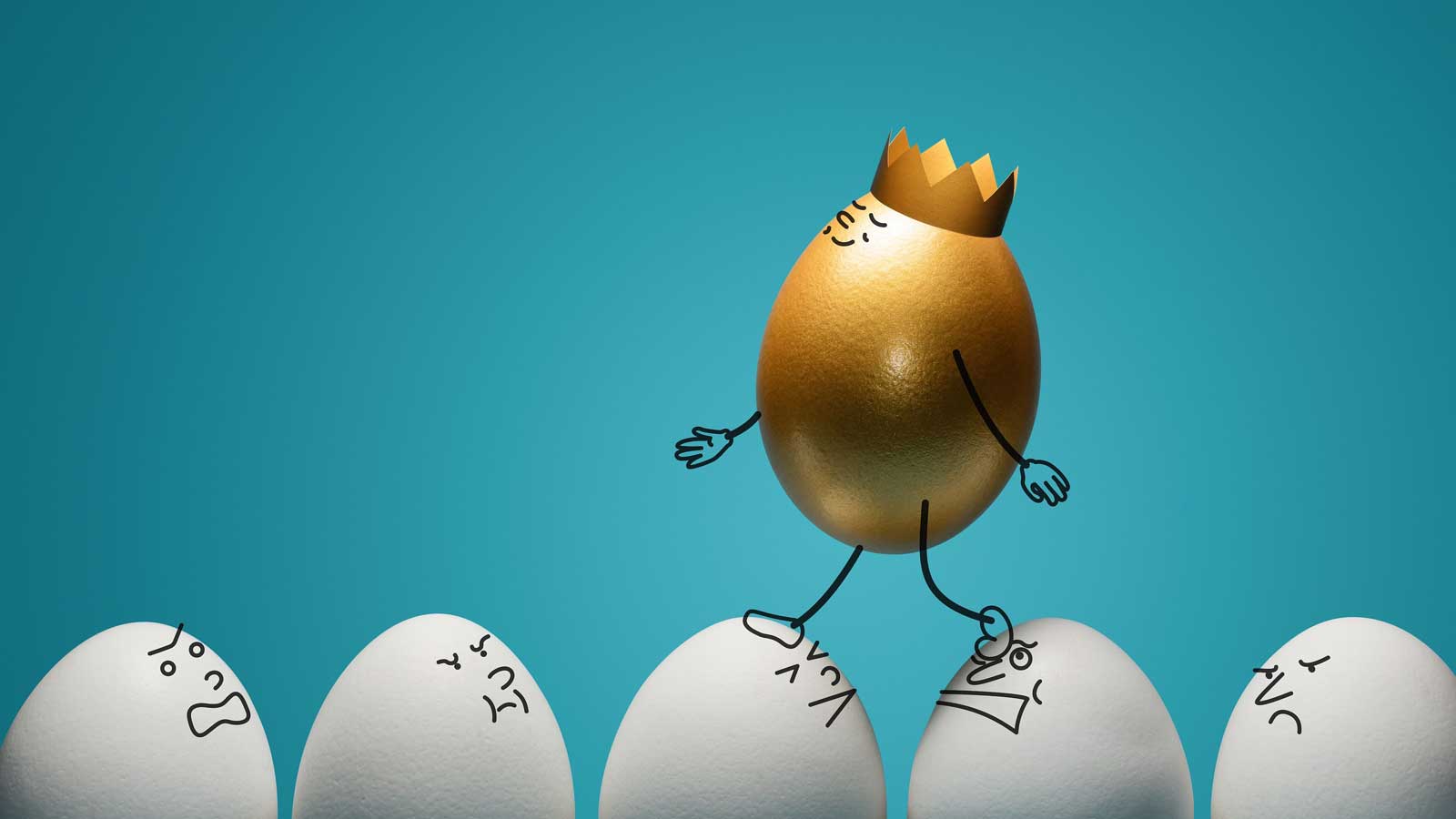 Are you working with someone who has a hankering for the limelight, a deep-seated desire to be the centre of attention, the ‘go-to’ person who sees themselves as the (only) one who knows how to get things done, the (only) one who has the best interests of the company at heart? Then you are working with a narcissist and the bad news is that not only are such people deeply stressful to work with but they are able to progress through business hierarchies by manipulating others to validate their sense of personal self-worth.

Some time ago I spoke with someone who was deeply troubled by the fact that they had joined a new department and found an immediate colleague was a narcissist. The greatest source of this person’s frustration and distress was their belief that nobody else in the managerial structure of the organisation seemed to appreciate how poisonous the narcissist was.

“I remember the first meeting with the CEO and my immediate boss. They were very welcoming, looking forward to the contribution I would make in my new position, and totally supportive. Then, when the initial discussion was over, they asked my colleague to join us in the meeting.

“I’m not sure if you can appreciate what it felt like when, completely unexpectedly, my colleague voiced the opinion that they – personally – were not convinced I could do the job and that, as a consequence, it was likely that the effectiveness of the department would suffer.

“For me, the greatest shock was that neither the CEO nor the manager dismissed this opinion. They made remarks designed to mollify my colleague on the basis of ‘let’s wait and see’, and ‘we’re sure you’re worrying unnecessarily’ which, instead of stopping firmly what I saw as unjustified and unfounded criticism, gave my colleague the benefit of the doubt. It was as if they, too, were now not sure of my ability to succeed in my new position.”

That this story does not have a happy ending is obvious. The person I spoke to continued to be undermined by the colleague and eventually left the department, a move which left them with an enduring sense of bitterness not only toward the colleague but also toward the CEO and manager who failed to support them.

The problem is that there are no easy options for anyone who encounters such narcissistic behaviour and it is far more common than many companies are prepared to accept simply because it is seen as admirable. ‘Jack’s a self-centred S.o.B. but he gets things done’, and ‘Sally’s a monster to work with but she gets results’ are phrases we have all heard in business conversations which appear to condone a total disregard for the well-being and performance effectiveness of those around the narcissistic personality.

So what can be done if you are working with someone who is unaware – or unconcerned – about the stress they are causing you?

If you are considering transferring within your company to another department then discreet enquiries about sources of discontent will usually highlight the presence of someone who is unconcerned about whether their behaviour is ethical, someone whose lack of empathy and hunger for admiration is destructive of the happiness of others. On the basis of ‘forewarned is forearmed’, the choice is then yours whether to make the move or not.

If you are already working with someone who, you know all too well displays these characteristics, you have three options – only one of which will alleviate totally the stress they cause by their behaviour.

The first is to oppose it. Someone who aims constantly for higher status and the approval of those above them as a validation of their own importance is often more vulnerable than they first appear. Their very lack of concern for the consequences of their actions can be destructive rather than admirable. No guarantees exist that someone in authority will listen to your concerns but, if an occasion arises, your opinion might be influential in convincing others that the narcissist’s behaviour is not as beneficial as they choose to believe. In other words, ‘wait your moment: it will come’.

The second is to accept it, even to be helpful in ensuring the narcissist attains their goals. If it is possible to reduce your stress by this approach then tell yourself you condone only the results the narcissist achieves, not the person themselves. Helping them succeed might just help you be rid of them…

The third is to walk away. Negotiate a different emphasis to your job, apply for an internal transfer, or, if absolutely necessary, leave the company altogether. These options are not an acceptance of defeat; they are routes to minimising the destructive effect the narcissist has on your well-being.

Most importantly, if you have to make any of these decisions, recognise that at the end of the day you come first because if you’re not happy then you can’t work well. Do not, if you can possibly help it, let your self esteem be the casualty because the damage can have a lasting effect that will undermine your confidence for some time to come – and that means the narcissist has achieved a victory they absolutely don’t deserve!