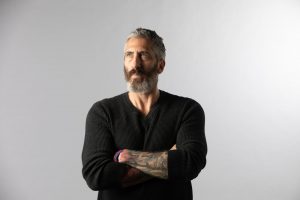 Welcome to episode 109 of The Executive Edge with Michael Sonbert.

Michael is an educator and former teacher coach. He came on the show to talk about how he studied the behaviour of successful leaders and staff in schools. Michael spotted that a number of them coped, even thrived, in situations and circumstances where he had expected intense difficulties.

He found despite the challenges they experienced, a number of them were determined to rise above that. They wanted to be happy and engaged. Other schools were stuck in the narrative that things were too hard.  But, in the ones where he shadowed the leaders and teams, he found ‘rebels’ he came to call them. They knew it was supposed to be bleak, but they didn’t entertain it.

What else did he find?

His belief was that if it was possible to do this in schools, maybe it was the same in industry. His research revealed that this was possible anywhere both at leadership level and amongst staff.

He started his company called Rebel Culture and has worked with many businesses since. He recognises these people have a different mindset where they control the variables they can alter, not the things they can’t. All the leadership books talk about values, mission statement and culture but without the ‘how’ so that people know how to do this. Or they are sales people but now manage others, and don’t realise the two are very different skills. This can end up making a person feel quite inadequate or make them query their ‘fit’ and ability.

Everybody can be coached to believe in themselves better, but often this is missing in business and consequently people flounder. The ‘trickledown effect’ of this  impacts others in the business. Contrast that with someone who frequently gives detailed feedback to their staff and an employee can feel they are scrutinised relentlessly.

The optimum isn’t over-scrutiny and goal orientation.  It might be that this is better to be ‘seen’ and ‘heard’ by a leader than to feel ignored. Similarly, it’s better to tackle issues that are brought to you than put your head in the sand or avoid them. This is far more visible than leaders might think.

There can be any number of issues that get in the way of engagement. Other qualities or levers he describes, included the systems people use. They can be well intentioned as a leader but without good systems to hire people, evaluate them and monitor success, something is missing.

This is an interesting episode.  Michael offers real insight for building a thriving or rebel culture and I hope you enjoy it.