The Best Ways to have an Honest Conversation at Work

Welcome to episode 26 of The Executive Edge. This week’s guest is Betsy Kauffman, a coach, speaker, author and TED talk presenter. Her TED talk, (4 ways to kickstart honest conversations at work), has been watched by over 1,000,000 people! 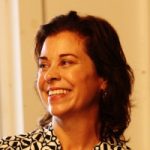 Betsy coaches’ people in how to be honest when they’re talking, something that may sound simple to do but involves more skill than some of us like to admit! I owned up to finding this difficult at times because it’s easy to get anxious in the moment or lock up when the words just won’t come to mind. Betsy feels this is normal and that this is a skill we’re not taught.

What is the issue for us?

Although I suggested we might get anxious as we think about what to say, this is not the only root cause of the problem. One of the issues is that we may lack confidence in speaking up. Talking isn’t just about what we say it’s how we say it, and whether we feel comfortable with our voice and our personality. She also talks about how appropriate what you want to say is. This is so that you feel on safe ground to express yourself. Sometimes we don’t know someone, so we struggle to say what we think for fear of offending or getting it wrong.

Our Intentions are important too.

I’ve sometimes described the difference between making a point and scoring them. To distinguish the difference, think about whether there is any kind of criticism or a barb to what you want to express. If there is, chances are you could risk alienating the person you’re speaking to. I cited an example of where this had happened to me some years ago whilst at a conference.

One of the other techniques Betsy takes us through is to pause once you’ve spoken to give the other person a chance to fill the gap. We’re often afraid of silence and rush on to say something else instead. That isn’t wrong but slowing down benefits both parties.

Many of us can benefit from her 4-step process I’m sure, and she takes us through it in this episode.