Midlife Marriage and Strategies to Boost Relationships with Deanna Bryant

This week on Episode 56 of The Executive Edge podcast, I’m joined by Deanna Bryant. 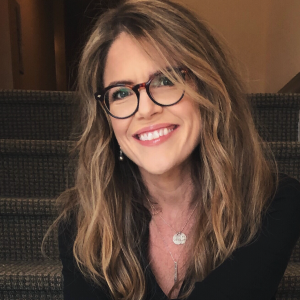 Deanna is a midlife marriage strategist. She is a coach for couples who want to cultivate new meaning and a deeper intimacy with their spouse now the kids are more independent or even grown. It’s her passion to help couples to experience the relationship they imagined for the second half of life.

What are her experiences?

Deanna feels this strongly because she felt her own marriage became difficult and learnt from that. It takes a lot of effort to get relationships right and some of the typical mistakes we all seem to make include a lack of communication about the vital things that hurt us. We can lose our connection with others simply because events stack up and our lack of ability to discuss it meaningfully, or to do so without becoming defensive, makes it tricky for us to get things right.

Instead, we tend to get angry, store past resentments or hurts and then struggle to express ourselves. Often, this is a skill, and we simply don’t know what to do for the best.

Instead of discussing our expectations with each other, we withdraw perhaps or start to fight. One issue gets ‘connected’ to another too, as if the problems Velcro to each other and this makes it difficult to separate them or tackle each one well. Raw emotion is also tough for the best of us. In my experience people don’t like being in pain so its easier to put our heads in the sand than to tackle situations. Not doing so though, can sometimes lead to unwanted breakdowns in our marriage and both sides seem to lose.

What does Deanna suggest?

Having a growth mindset seems a good starting point; a sense that both parties want to learn from the other. This often creates compassion and empathy she finds, but it does need both parties to be fairly equal in working out what they want.

The essential message is that love is vital but not the only ingredient if you want a long-term relationship with someone. Otherwise, it’s easy to believe it will last forever but lacking the skills to know how to handle difficulties and tough issues, pulls a couple apart even though it might not be their desired intent.

To listen to this episode on your phone or tablet, why not subscribe to the show!