Building Resilience in Life and Business with Dr Russell Thackeray 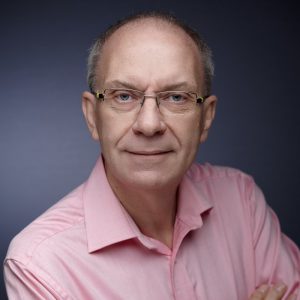 In this week’s podcast I have Dr Russell Thackeray. I have known Russell for many years since we were working together as consultants. He’s a Psychologist, trainer and author who runs a business called QED. He’s also trained as a Hypnotherapist

With a background as a musician, in leadership and running a training company, he has extensive experience with business. Now he spends time working with business in the field of resilience.

What is resilience in his eyes?

He believes Resilience is related to bouncing back but he recognises that this implies something has gone wrong or that you have failed. So, rather than agreeing with the definition, he has worked on how people bounce back. It’s about learning, taking responsibility for what’s happened, and re-setting goals again. He suggests this is more about ‘bouncing forward’ rather than back. Instead, of surviving, you aim to thrive from situations even if they’ve gone wrong.

Organisations can do this too; they may have robust processes, enough cash in the bank or aim for agility so that they can flex and recover when things get tough. He recognises people need to look after themselves in all this especially at a leadership level. Eating well, sleeping well isn’t to be ignored. Yet self-awareness takes time and practice. Instead, we often let these healthy habits drop and it’s not yet culturally acceptable to emphasise these as a pre-requisite for working in a business.

Rather than saying a person or team have a risk factor for resilience or stress because of the demands of their job, such that they proactively plan for that, we miss this and rely on what to do once the individual or team have struggled. Leaders can get in to habits where they are resistant to self-care because they reduce the importance of it themselves therefore fail to value it in their business.

Not everyone is like this of course, some are exceptionally good. They keep fit and value good health and proactive leadership in others. Russell likens this to working on a west-end show. All artists must pitch up and perform even if they don’t want to whether ill, tired, or fed up! Inevitably some of their performance is just about execution or delivering without enough attention to what they’re doing. But artists must learn and practice. When leaders do this, it is more than watching a TED talk or a few hours of a speaker coming in, it’s about recognising that leader’s model behaviour others copy

Planning is difficult right now though, as I’ve found with the leaders I’m coaching. Many of them like a goal or lighthouse to head towards and push their teams for, but this is more difficult during Covid. I asked Russell what he recommended. He believes different scenarios can be looked at because it’s relatively predictable and not everything has gone wrong or can’t be trusted. He also thinks knowing what you don’t want can be valuable.